Since moving to Asheville 9 years ago, UNCA OLLI has been a happy feature of my life. The best part is the folks I’ve met, sharing their rich worlds of experience, knowledge and wisdom.  If you are fortunate enough to be still healthy and mindful at my age you may be aware there is great treasure in the lives of some of our elders.  OLLI offers a rich curriculum of courses, workshops and social events.  High among them have been classes led by pal Tom Sanders. 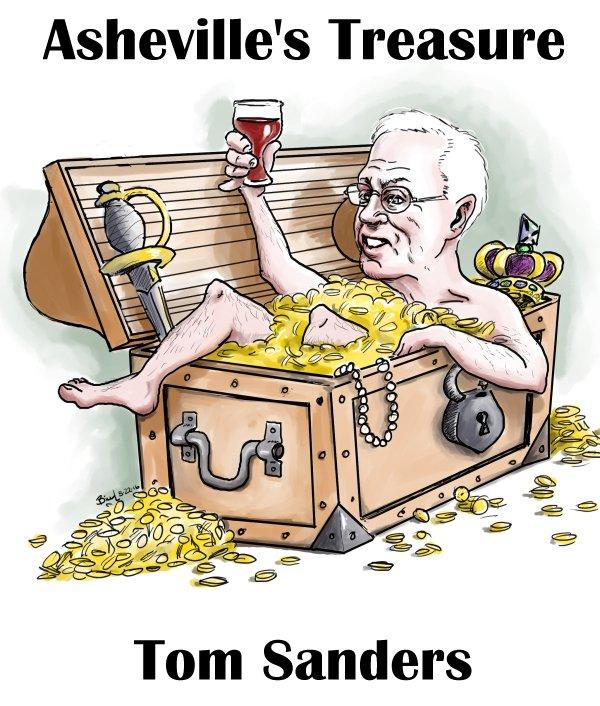 Tom was honored today as one of Asheville’s Living Treasures.  From the press release… Thomas Sanders, 83, was born and raised in West Asheville. He taught religious studies at Brown University. Through Brown, an American studies group led him to South America. An expert on South America, he speaks Spanish (and multiple other languages, including Turkish). His religious studies background has taken him to many parts of the world including the Middle East. Thomas has always been active in civil rights and freedom of speech causes. After retiring from academia, he returned to Asheville and helped build the foundation for the College for Seniors program at UNCA – then called the North Carolina Center for Creative retirement, now Osher Lifelong Learning Institute. He loves teaching; as a volunteer at OLLI his classes span periods of history including the Scottish enlightenment, Fascism, Nazism, the French Revolution, U.S. colonial history and the Civil War.

Tom, as many of you know, is also a great hiker and has trekked the El Camino in Spain and the Mountains-to-Sea trail closer to home.  Best of all he partners with fabulous friend Mary Lasher (featured here in this Journal.)  On the occasion of his award, I was inspired to create a small illustration of Tom naked.  That was fun.